A Guide To Slots, Wilds And Scatter Symbols

Have you ever had someone tell you it’s important to go wild when you play slots? Or, more likely, have you heard the phrase: that person is a wild card? Well, even if you’ve never heard either of those expressions, the concept of wilds is probably something you already understand, even if you’re not sure why.

As we all know, casino gaming has influenced a lot of things in the world around us and one of those is the words we use. Everything from “roll the dice” to “raise the stakes” has been taken from the betting arena and pushed into common parlance. Thanks to this dynamic, the word “wild” has taken on a new meaning over the decades. Yes, under normal conditions it still refers to something that’s untamed or lives outdoors (undomesticated). However, there are times when the word wild describes something that’s versatile, which comes from the casino expression “wild card”.

This usage of the word is now fairly common in the English language and it’s probably the reason you already know what “wild symbols” are in slot games. Put simply, whenever you play slots from the likes of Microgaming, Playtech or NetEnt, you’ll have standard symbols and special ones. These “special ones” comprise of wilds and scatters. For now, we’ll leave scatters and tell you a little bit more about wilds.

Why Are Wilds Important?

As we’ve said, wild can mean versatile and that’s exactly what wild slot symbols are. When you’re spinning our favourite slot, wilds will substitute for any standard symbol (not scatters). For example, if you needed three cherries on an active payline, but only had two in view, a wild could help. As long as the wild helps to create the familiar left-to-right combination, you’ll win a prize. To put it another way, any time one or more wilds roll into view, you have a chance of making one or more winning combinations with fewer symbols than you would otherwise need.

From a playing perspective, the power of wilds is fantastic as it basically means you’ve got more ways to win. However, what’s also important to note about wilds is that they can unlock jackpots. Although certain online slots will use a different dynamic, it’s typically the case that five wilds release a game’s top prize. So, in practice, wild slot symbols have two functions. This not only makes them truly versatile (as the word itself suggests), but hugely valuable.

What Types Of Wild Slots Symbols Can You Find Online?

In the early days of video slots, when developers were just starting to move away from three-reel fruit machines towards more complex structures, wilds were fairly simple. Today, however, the power of the internet has changed things. As you scroll through the selection of slots at our top-rated online casinos, you’ll find games with a wide variety of wild symbols. As you’d expect, the underlying mechanics haven’t changed, but the way in which wilds appear has. In the following list, we’ve outlined the main wild symbol types you’ll find when you play the best online slots:

We’ve grouped these two wilds together because they have a similar function. Generally, a shifting wild will only appear on the last reel and move one space in any direction before the next spin. For instance, when you’re playing Dolphin Cash from Playtech, the dolphin could appear on the middle row of reel 5 and then shift across to the bottom of reel 4.

In contrast, wandering wilds have a bit more freedom. So, if you took a spin on the Gnome Wood, a wandering wild could appear on reel 2 and then move across to reel 4. That, in a nutshell, is the difference between these two dynamic wilds.

As the name implies, stacked wild symbols can be aligned on top of each other. What tends to happen with these symbols is that they all appear individually. However, the moment at which two wilds land above/below each other is when their true power shines through. Indeed, because the aim of the game is to hit a winning combination, a stacked wild basically makes things easier because they cover more of the board.

For example, if you had two cherries on the bottom rows of reels 2 and 3 and two oranges on the same reels in the middle row, you’d have a chance of banking a double win. If a standard wild rolled in and stopped at the bottom row of reel 3, you’d pick up a cherry win. But, if it was a stacked wild that covered the middle and bottom rows, you’d receive a cherry and orange win. A great slot for stacked symbols is Playtech’s Thor as you can cover an entire reel with wilds.

Take a spin on South Park or Miss Kitty slots and you’ll find sticky wilds. What’s great about sticky slot symbols is that they allow you to win more than once. Put simply, when you roll in a sticky wild, it will do its usual job of substituting for anything else except for scatters. However, once the spin is over, the wild will remain (i.e. stick) in place.

One of the main times you’ll see sticky wilds is during ‘free’ spins bonus rounds. Once the ‘free’ spins start, any wilds that appear will stick in place for the duration of the round. This is great because it often means you’ve got multiple wilds hovering in place as the reels turn. Naturally, when a sticky wild is present, you’re increasing your chances of a win because it gives you a second chance to make a combination.

These wilds are often part of a bonus feature. The always popular Avalon II slot game is famous for its trailing wild feature. After you’d activated the bonus round and chosen your quest, the ‘free’ spins will start and that’s when the trailing symbols have a chance to do their thing. Like the other wilds we’ve described, the name pretty much says it all i.e. whenever a trailing wild rolls in, it will leave a trail in its wake.

For example, if one of these symbols appears on the top row of reel 1, it will then trickle down to the middle row and, potentially, the bottom row. Basically, if there is space underneath a trailing wild, it will fill it.

The final type of wild slot symbol you’re likely to encounter at our recommended online casinos all have the ability to expand and cover one or more reels. The reason these wilds are different to stacked symbols (which can also cover an entire reel) is that you only need one of them. A case in point is Microgaming’s The Dark Knight Rises slot. When you spin in a single wild on reel 3, it will expand cover the entire reel. This, in turn, gives you many more ways to bank a win.

What Are Scatter Symbols?

If you remember, we mentioned a second type of special symbol that goes alongside wilds. Known as scatters, these symbols are important because they unlock bonuses. Depending on the slot you play, the number of scatters required to unlock a bonus will differ. In most cases, three is the minimum amount required. What’s also great about scatters is that they payout instant prizes. So, before your ‘free’ spins or bonus game starts, you’ll receive a payout that’s usually a multiple of your overall stake (not just your line bet).

*18+. "T&C apply” – the applicable casino’s T&C apply for each offer below and we encourage you to review them. Click “Visit Site” for more information. Featured prices can be updated and free offers may include additional terms. We receive advertising fees from the brands reviewed below. These fees affect the ranking and scoring on this page. We do not compare all service providers in the market. Full Advertiser Disclosure.
This website is an independent comparison site that aims to help consumers find the most suitable product for their needs. We are able to maintain a free, high-quality service by charging an advertising fee from featured brands and service providers whenever a user completes a purchase. These advertising fees might impact the placement of the brands on this page and combined with the conversion rates will impact the scoring as well. Our rating and scoring are also based on our team of reviewer's finding and subjective experience, product popularity, and special features. See our how we rate page and Terms of Use for information. The rating and scoring are provided “as-is” without guaranties or warranties regarding the information contained in our website, which shall not be considered as endorsement. We make the best efforts to keep the information up-to-date, however, an offer’s terms might change at any time. We do not compare or include all service providers, brands and offers available in the market.

May 2022
Compare the UK’s best online casinos
We receive advertising fees from the brands reviewed, that will impact the ranking and scoring. Full Disclosure
This website is an independent comparison site that aims to help consumers find the most suitable product for their needs. We are able to maintain a free, high-quality service by charging an advertising fee from featured brands and service providers whenever a user completes a purchase. These advertising fees might impact the placement of the brands on this page and combined with the conversion rates will impact the scoring as well. Our rating and scoring are also based on our team of reviewer's finding and subjective experience, product popularity, and special features. See our how we rate page and Terms of Use for information. The rating and scoring are provided “as-is” without guaranties or warranties regarding the information contained in our website, which shall not be considered as endorsement. We make the best efforts to keep the information up-to-date, however, an offer’s terms might change at any time. We do not compare or include all service providers, brands and offers available in the market.
Filter by Toggle
Sort by Toggle
UK licensed
Mobile friendly
Casino site
Welcome bonus Welcome bonuses apply to new players only, and require a minimum deposit. Wagering requirements apply. Players must be aged 18 years+. Terms and Conditions apply.
Rating
Our score
Play now
Latest Articles 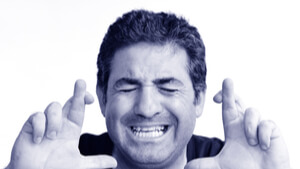 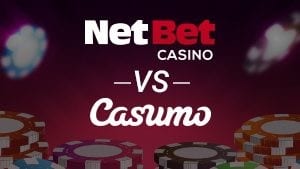